March 17, 2019–March 8, 2020
Early on, birds appeared in Peanuts, but a very special bird arrived in the later 1960s, capturing hearts with his unique personality and eccentric ways. Named for the 1969 music festival in rural New York, Woodstock may be the smallest Peanuts character, but he has a huge presence. From typing up Snoopy’s correspondence to helping him lead the Beagle Scouts, his devotion to Snoopy became a foundation of the strip. In celebration of the music festival’s 50th anniversary, take a trip through the life of Woodstock—from namesake to nest—and see why Woodstock is the friend everyone wishes they had.

Then Came the Dog

September 22, 2018–March 10, 2019
Charles M. Schulz had a lifetime affinity for dogs: beginning with his boyhood dog Spike, who inspired his first cartoon, to creating the world’s most famous beagle Snoopy, who inspired thousands more. In Then Came the Dog, we invite you to simultaneously trace Schulz’s life-long love for dogs and Snoopy’s life-long love for himself. As we journey from Schulz’s backyard into Snoopy’s, discover the life of a man and his best friend through the lens of the Peanuts comic strip.

My Favorite Peanuts: Reflections of Family and Friends

March 11, 2018–September 16, 2018
All Peanuts fans have a favorite character, storyline, or drawing. In this exhibition of original comic strips, photographs, and memories shared, Charles Schulz’s wife, Jean, their children, and some of their close friends reflect on their own favorites and the stories behind them. Whether it was a clever punchline or a sentimental memory, with each story we will learn something more about Peanuts creator, Charles M. Schulz.

Mud Pies and Jelly Beans: The Flavor of Peanuts

September 16, 2017–March 11, 2018
It’s only fitting that a cartoon named Peanuts includes many playful jokes about food. Patty and Violet are expert mud pie makers, Charlie Brown hates coconut (just like Schulz himself did), and Snoopy thinks about pizza, cookies, and the next meal that will be brimming from his dog dish. View the funniest food-centric comic strips from our collection in this exhibition that is sure to make you laugh. . . just don’t come hungry!

It Was a Dark and Stormy Night

January 28–September 10, 2017
Charles Schulz brought his love of literature to his art, especially with his depiction of Snoopy as the “World Famous Author” sitting atop his doghouse using a typewriter. Snoopy began his writing career in July, 1965 with that infamous first line originally penned by English novelist Edward Bulwer-Lytton, “It was a dark and stormy night.”

This exhibition explores Charles Schulz’s love of literature, displays rarely seen books from his personal library collection, and highlights many Peanuts comic strips where books and writing appear in the everyday lives of his characters. An interactive typing display allows visitors to share in Snoopy’s experience and step into the paw prints of the World Famous Author.

April 30, 2016–January 22, 2017
In this election year, a little laughter from the Peanuts Gang is in order. The lighter-side of politics and its intersection with the life of Charles Schulz is the focus of this exhibition, which features original presidential-themed Peanuts comic strips, correspondence with several American presidents, and Peanuts memorabilia, including campaign bumper stickers, buttons, and banners. Visitors can vote for their favorite Peanuts character and write a postcard to the future president.

October 24, 2015–April 24, 2016
Snoopy first imagined himself as a World War I flying ace on October 10, 1965, making 2015 the 50th anniversary of this popular persona. To celebrate this most famous of Snoopy’s personas, this exhibition focuses on this favorite storyline in Peanuts through original comic strips; World War I airplane models; Peanuts figurines, books, collectible plates; and board games inspired by Snoopy as the Flying Ace.

Visitors can also step into the world of The Peanuts Movie in the interactive area sponsored by 20th Century Fox and Blue Sky Studios. They can visit Charlie Brown’s backyard, put on flying caps and goggles, and soar over Paris on Snoopy’s doghouse.

May 2–October 18, 2015
The December 9, 1965 debut of A Charlie Brown Christmas brought Charlie Brown and the Peanuts Gang home to more than 15 million television viewers and enjoyed immediate acclaim. Earning an Emmy for Best Network Animated Special and a Peabody Broadcasting Award, this 30-minute production and the Peanuts films and television specials that followed have become treasured additions to our collective culture.

This exhibition celebrates the art of bringing comics to life and features rarely displayed production cels from award-winning animated comics, including Peanuts, Batman, and Teenage Mutant Ninja Turtles. The Museum collection boasts four rare animation cels from A Charlie Brown Christmas, which will be on view together for the first time. This is the Museum’s largest exhibition about animation to date.

November 8, 2014–April 26, 2015
Charles M. Schulz kept more than one copy of Alice’s Adventures in Wonderland by Lewis Carroll in his library. Beginning in January 1958, and for many years thereafter, he featured the story in Peanuts. Charlie Brown, Lucy, and Sally all read the book aloud, and Snoopy liked to show off his disappearing “Cheshire Beagle trick.”

Peanuts in Wonderland celebrates the 150th anniversary of the publication of Alice’s Adventures in Wonderland and features 11 original Peanuts strips, Archie and Pogo artwork; and explores Alice in illustration; comic books, and animation.

Social Commentary re-examines Peanuts in the context of the social and political climate of the latter half of the twentieth century. In addition to original Peanuts comic strips, the exhibition features original Wee Pals, Gordo, Pogo, and Little Orphan Annie strips. It also highlights reaction letters from the Museum’s archives, and contextual artifacts.

Under the night sky the Peanuts characters have probed the mysteries of the universe and sought the meaning of life. From Spike surveying the darkened skies of his desert abode, to Charlie Brown wrestling with his anxieties beneath the stars, Starry, Starry Night presents Schulz’s artistry in creating unique and contemplative nighttime vistas. Evening programming for visitors accompanies this special exhibition.

The nighttime sky, so magnificent, mystifying, and awe-inspiring, has held a fascination for artists for centuries and Charles Schulz was no exception. Under the night sky the Peanuts characters have probed the mysteries of the universe and sought the meaning of life. Schulz’s nighttime vistas include some of his most dramatic, beautiful, and evocative comic strips. Schulz created the preponderance of Peanuts’ nocturnal panoramas during the first 25 years of the comic strip—prior to when the art and the content of Peanuts became more abstract. He returned to the theme late in his career with compelling cartoons featuring lonely Spike surveying the crystal clear night skies of his desert home.

Starry, Starry Night, which includes over 40 Peanuts daily and Sunday comic strips, explores Schulz’s unique interpretation of children’s understanding of the stars, planets, and other celestial bodies; investigates a dog’s eye-view of the nighttime sky; and examines the fine artistry of original Peanuts’ nocturnal scenes.

May 4–October 27, 2013
Many of the Peanuts comic strips of the late 1950s and 1960s exude the mid-century modern aesthetic of the day — the furniture, decorative pieces, and fabrics were hip, cool and up-to-date. In a series of vignettes these elements will be compared with the work of some prominent mid-century designers, including Ray and Charles Eames. Another component of the exhibition examines how the Schulzes incorporated the design aesthetic in their lifestyle through photographs and ephemera.

Learn the fascinating history of the development of Charles Schulz’s art into three-dimensional products starting with the story of Determined Productions, Inc. Helmed by the redoubtable Connie Boucher, Determined Productions published the iconic book, Happiness Is a Warm Puppy, in 1962 and manufactured the first plush Snoopy doll in 1968. Other early companies, Hallmark and Aviva Enterprises, Inc., will also be featured, along with a trio of important Japanese companies—Sanrio, Osaka Nishikawa, and Familiar—that introduced Peanuts to a new group of admiring fans. The exhibition will include over 500 Peanuts-themed products and excerpts of oral history interviews from key personnel in these companies.

August 18–December 9, 2012
A Peanuts reader never knew who they might meet in Schulz’s famous strip. Schulz shone the spotlight on politicians, sports stars, actors, authors, scientists, and even his hockey-playing buddy. In addition to original Peanuts strips, this exhibition also includes photographs of and correspondence with some of these famous folks.

December 17–August 12, 2012
June 23, 2012 marks the 40th anniversary of the passage of Title IX legislation, which ensures equal access to both men and women in federally-funded educational programs and activities, including sports. Leveling the Playing Field, a current exhibition at the Charles M. Schulz Museum & Research Center, commemorates this milestone in sports history while adding the hilarity of Peanuts to the tribute. June 25–December 11, 2011
Pop’d from the Panel sought to explore the influence comic strips and cartoon art has had on the work of such noted artists as Enrique Chagoya, Christo and Jeanne-Claude, Ron English, Sherrie Levine, Roy Lichtenstein, Wayne Thiebaud and Andy Warhol. Co-curated by Michael Schwager, Sonoma State University Gallery Director and Professor of Art History, the exhibition featured 29 two- and three-dimensional works of art. The Browns & The Van Pelts: Siblings in Peanuts

January 29–June 19, 2011
Though he himself was an only child, Schulz recognized the potential for drama and humor inherent in sibling relationships, which are among the most influential and enduring associations in our lives. Over the years Peanuts portrayed many familial antics, including bossy older sisters, embarrassment caused by a brother’s inept kite-flying or chronic blanket-toting, and the petty bickering that can be a staple of brother/sister interactions. However, Schulz’s comic siblings were also capable of tenderhearted softness—help with homework, sage advice, comfort, and understanding.

August 28, 2010–January 23, 2011
Charles Schulz touched on many aspects of the natural world during the nearly 50 years he created Peanuts. Peanuts … Naturally examines Schulz’s exploration of the natural world in a fun and educational way. Following its run at the Schulz Museum, the exhibition is traveling throughout the United States to more than 31 museums and libraries for five years (from 2011 to 2016).

The Language of Lines: Imaginary Places in the Comics

April 24–August 22, 2010
From the richly detailed flora and fauna of Pogo’s Okefenokee Swamp to the minimalist surroundings of Peanuts, cartoonists have long created rich environments in which their characters live, work, and play. Imaginary Places in the Comics presented an in-depth look at the choices cartoonists have made when creating the places their cartoon characters inhabit. Featuring over 60 comic strips, the exhibition welcomed audiences to visit Li’l Abner’s Dogpatch, Krazy Kat’s Coconino County, and Beetle Bailey’s Camp Swampy. Co-curated by Brian Walker, co-curator of the critically-acclaimed exhibition, Masters of American Comics. 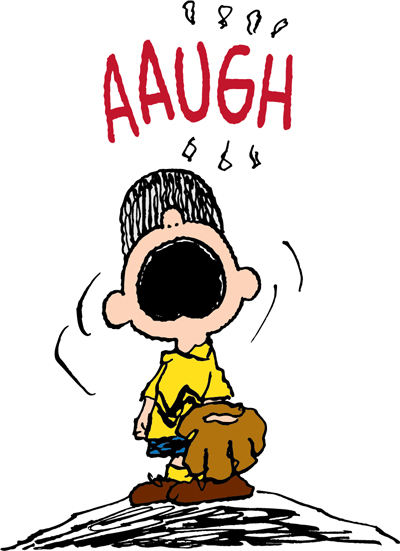