The weekend of August 18 and 19, 2012 marks the official tenth anniversary. The Museum is celebrating with the dramatic performance of Japanese artist Yoshiteru Otani and in the fall with Jazz pianist and Concord Records star David Benoit.

New Website
The Museum’s redesigned website, www.schulzmuseum.org, is scheduled to launch the first week of August and promises to give people around the world a more in-depth view of the art and life of Charles Schulz. Highlights from the Museum’s collection will be showcased in an online digital gallery. Featured artifacts will include pieces from the original strip collection, Peanuts tribute art, Schulz’s family photos, and personal artifacts.

The website will also host an interactive timeline that chronicles the story of Schulz’s life using his own words as well as photographs and artifacts from the Museum’s collection. The redesigned website will launch with content from Schulz’s early life (1920s through 1940s) and as time goes on will grow to include information encompassing his entire life.

Ten Years of Celebrating a Legacy of Laughter
With Amazing Guests, Visitors and Accomplishments
On August 17, 2002, Jean Schulz, wife of Charles M. Schulz, accomplished her original vision of opening a beautiful Museum dedicated to preserving the legacy of her late husband. Throughout the past decade over half a million visitors from around the world have come as a testament to the enduring impact of the Peanuts comic strip and its loveable cast of characters. During its first ten years, the Museum has organized 76 in-house exhibitions, ten traveling exhibitions which are touring the US (including Chicago’s Museum of Science and Industry this fall) and seven continents. The Museum currently houses 6,700 original Peanuts strips and 18,336 items in its collections (from Schulz’s pen nibs and family photos to Peanuts products and tributes). Today over 70,000 visitors a year are drawn to Santa Rosa, California to the space where Schulz lived and worked for over 30 years.

SATURDAY, AUGUST 18
11:00 am -12:00 noon: The Museum will hold a cherry tree ceremony in honor of Japanese artist Yoshiteru Otani and his artistic contributions to the Museum. Deputy Consul General Michio Harada of Japan in San Francisco will preside over the ceremony in honor of Otani as a part of the 2012 Japan-U.S. Centennial Nationwide Cherry Blossom Tree Planting Initiative to celebrate 2012 and further enhance Japan-U.S. friendship.

Yoshiteru Otani
1:00pm: Following the tree planting ceremony, join Otani to celebrate the Museum’s tenth anniversary with a live brush painting performance at 1:00 pm. Otani, accompanied by Japanese Taiko drummer Rin Matoba, will draw a 10 foot by 13 foot Japanese Kanji with a giant brush and “simu.” Otani will be available to meet visitors and sign autographs after the performance.

Saturday, November 3, 4:00pm
Jazz pianist and Concord Records star David Benoit celebrates the music of Vince Guaraldi and the magic of Peanuts. Join Benoit and author Derrick Bang (Vince Guaraldi at the Piano) for a musical journey through Guaraldi’s life and work, followed by a light reception. This concert is included with the price of Museum admission.

Benoit’s expansive career as a contemporary jazz pianist and composer has included over 25 solo recordings and five Grammy nominations. His lifelong passion for the music of Vince Guaraldi lead to several Charlie Brown-related projects (including Here’s to You, Charlie Brown: 50 Years and the star-studded 40 Years: A Charlie Brown Christmas).

IMAGES
If you would like any of the images to print in a publication, contact Gina Huntsinger at gina@schulzmuseum.org or (707) 284-1268. 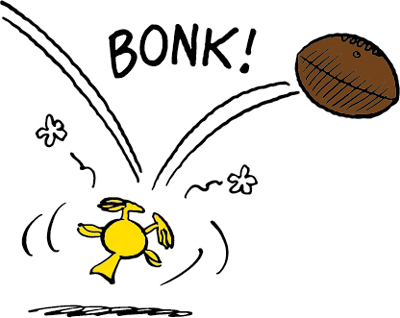